Hasbro’s initial comic pack offerings took the concept a bit too literally. Much like their GI Joe-based packs, the Star Wars sets’ decorations hewed very closely to the four-color printed page. In the case of figures like Darth Vader and Chewbacca, Hasbro went so far as to add painted shadows and highlights to the sculpts as if they were two-dimensional. A novel concept, but one that rendered the figures too different from the main line to be much use alongside others.

The Stormtrooper, included with Lando Calrissian along with a reprint of Marvel issue 44, is based on the vintage collection mold. It’s a highly articulated figure, but the attraction to me are the odd blue gauntlets and belt. Was this some kind of special troop we hadn’t seen before–maybe a retcon reference to the 501st legion? Nope, just a representation of a unique coloring choice within the pages of the included comic adaptation. During the penultimate scenes featuring the Empire taking over Cloud City, the Stormtroopers are colored with blue belts and gauntlets in some panels. What I don’t know is whether this coloring error was part of the original comic. I’ve looked through all the other reprints I have, and the colors are correct. Very odd. 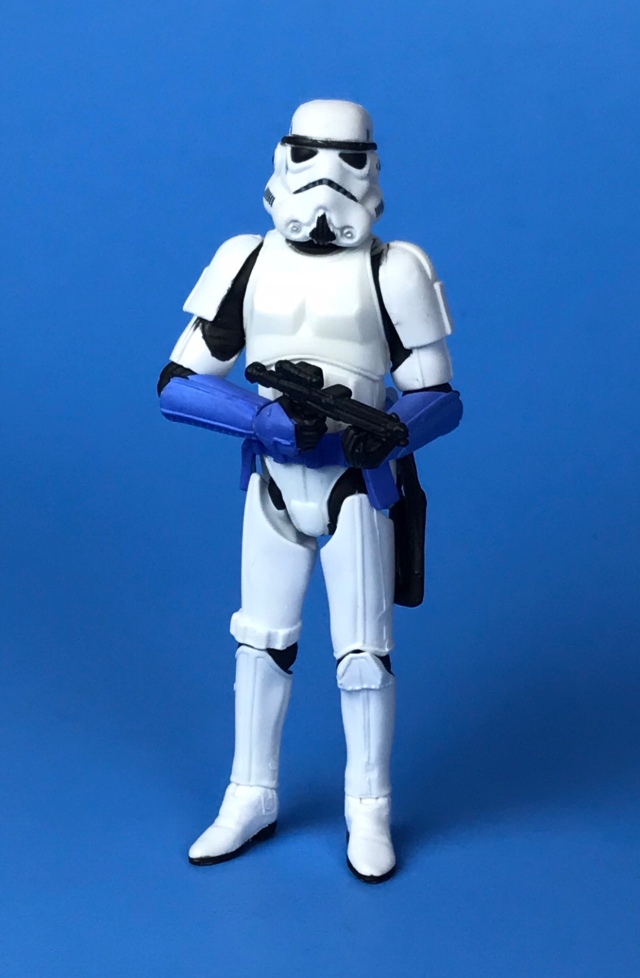 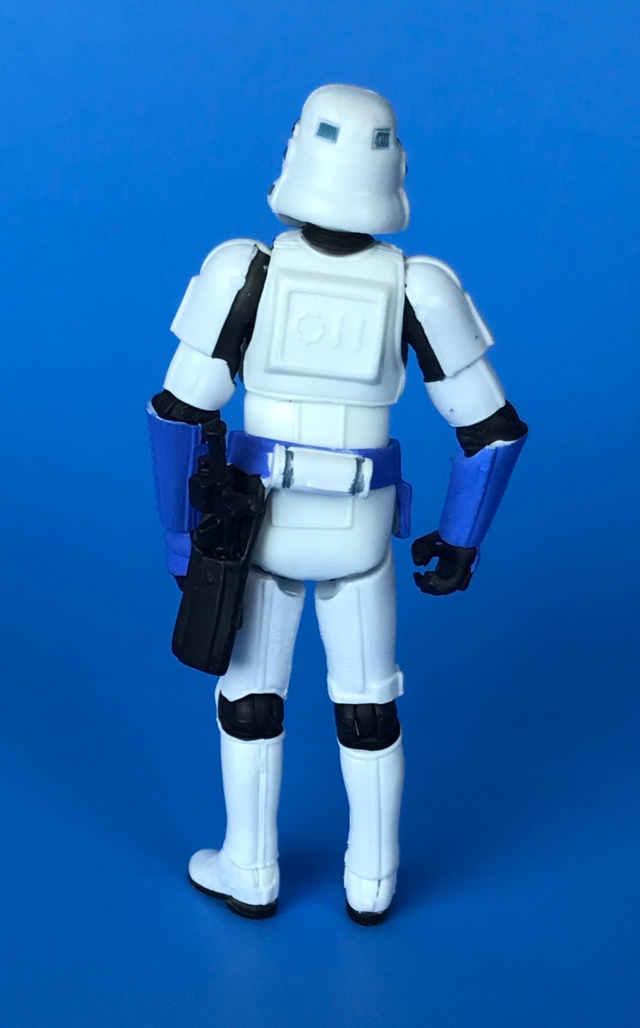 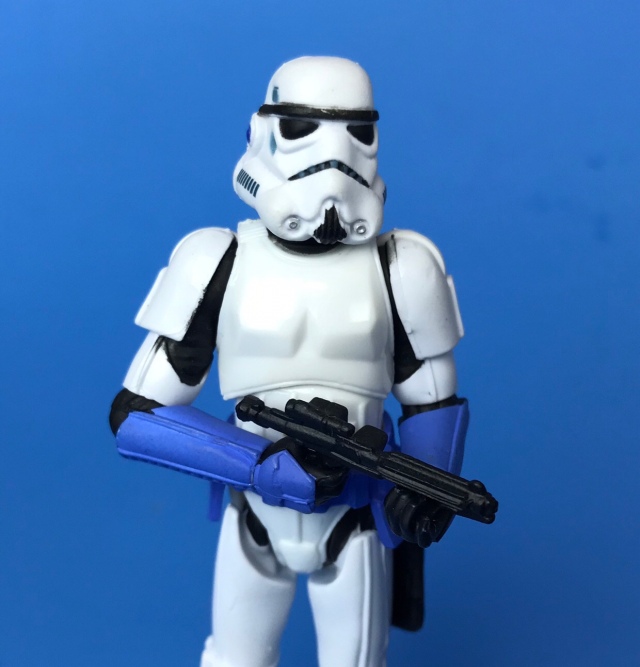 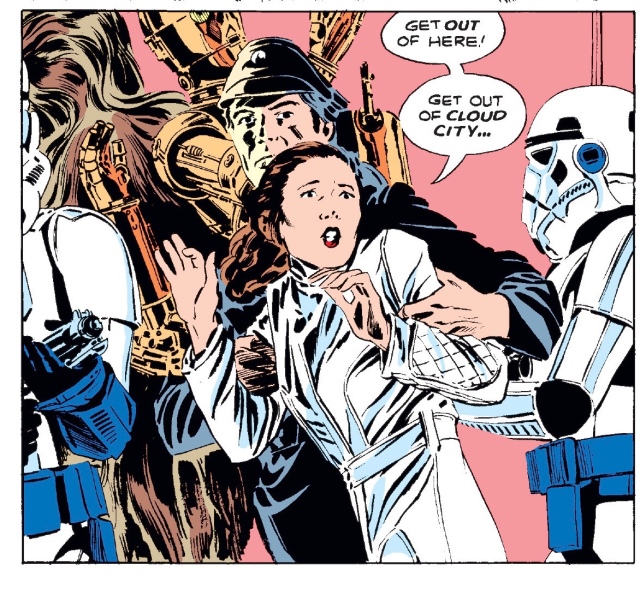 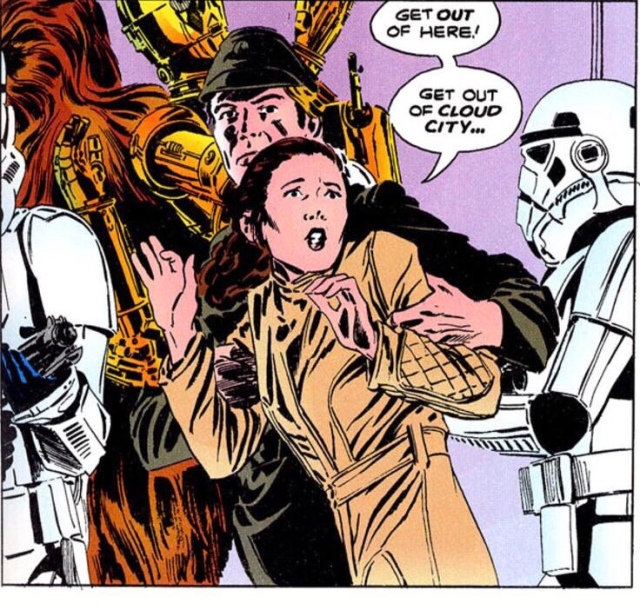