I have to admit that although I miss super-articulated Star Wars figures, many of the Last Jedi series have impressed me. Okay, so this guy is really just a repainted Force Awakens Snowtrooper figure, but I find the new deco adds some interesting contrast to what was pretty much an all-white uniform. I don’t recall seeing the walker drivers in the film, but the Snowtroopers did show up during the battle of Crait. I guess that’s why this figure is included in the Crait battle pack. Grey and white certainly brings to mind the AT-AT drivers of old, and that’s not a bad thing at all.

Since this is my first entry covering a modern 5POA figure, I guess I should address the Bantha in the room. My thoughts on the articulation discussion go like this: What a figure loses in articulation it can gain in realism. There’s a fine line between the two, as a static statue of a toy can look exactly like its real-life counterpart, yet miss the playability that comes with increased poseability. Since Hasbro’s modern highly-articulated Star Wars figures haven’t followed a common construction a la GI Joe, the balance could vary from figure to figure. Of course, with the main line’s current five points of articulation, such things aren’t a factor. But if you appreciate consistency among your figures, the most recent toys might attract you. 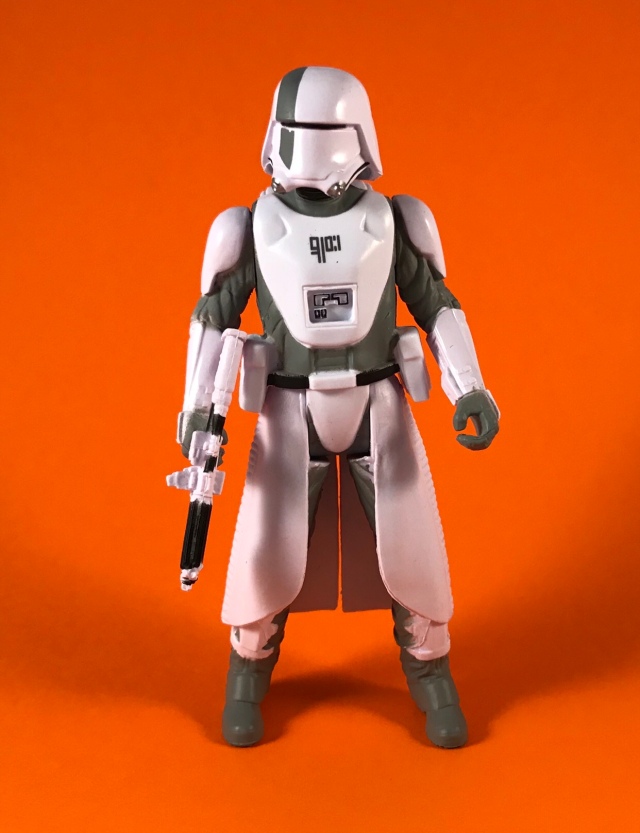